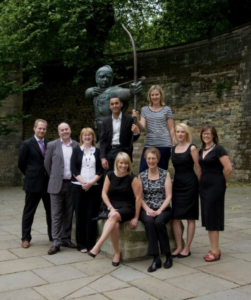 A decade ago, today, the 31st March 2012 I walked away from the best team I ever worked with after 12 amazing years.

Along with 900 others I was made redundant and a six-decade legacy in Government comms was thrown into the coalition’s bonfire of the quangos.

The Central Office of Information attracted the best of the marketing and comms industry.

You don’t need to hunt hard for its legacy – either in the British Library Archives or the BFI archive of its films. Its landmark work on Return on (Government) Investment co-created with private sector agencies in 2009 was lost only to be rediscovered & reinvented years later. It was also the offspring of a World War II veteran the Ministry of Information – ‘dig for victory’ and all that.

The COI, was a centre of excellence for insight and evaluation, a co-ordinated Government communication agency, driving down costs for the taxpayer through centralised procurement, a hub of specialised services including digital and broadcast at the disposal of Government departments. Its impartiality & independence from political command and control was a key strength recognised by successive Prime Ministers from Atlee to Wilson, from Thatcher to Brown.

With public and private sectors coming together, that mixture of creativity and navigating the politics was potent. It’s the bedrock of my own agency now long after the COI is gone; integrating all aspects of public relations, public affairs, internal comms, advertising and marketing. The sum of the parts of the profession of ‘comms’ is greater than its individual parts.

I am proud to have worked for the GCS for 16years, working for just about every Department and executive agency, including the strategic communications unit in No10 Downing Street and the Royal Family: I was no career tourist. 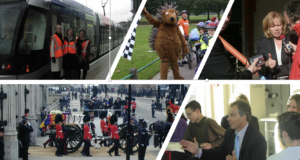 Along the way I met inspirational communicators and leaders who still inspire me today. It was as close as anyone gets to standing on the shoulders of giants. I am blessed to count many as lifelong friends and not just colleagues.

It was a wonderful place full of wonderful people, doing a great job in service to the country: it and they did not deserve their fate. Long after its disposal it became another piece of the now-acknowledged failure of austerity policy.

Government comms at its most rewarding best is about educating children, preventing poor health, saving lives, creating prosperity and raising aspirations for individuals and UK PLC as a whole.

Executive agencies like the Department of International Trade are there to help firms expand their businesses overseas, National Highways gives us a road network of a functioning economy, HSE prevents firms from creating huge economic and human cost by those shirking safety rules. And a multitude of other things which touch peoples’ lives on a daily basis.

In these troubled times of globalisation and all that it entails – pandemics, war & economic turbulence, strong Government communications is needed more than ever.

It means strong, capable leadership, more diversity – regional & socio-economic as much as all other types of diversity –  in the profession; modern & constantly evolving comms skills.

And perhaps it just needs more co-ordination. Possibly an office, central, with the information? I wonder what it could be called?